Who Is Most In Need of the Coach? 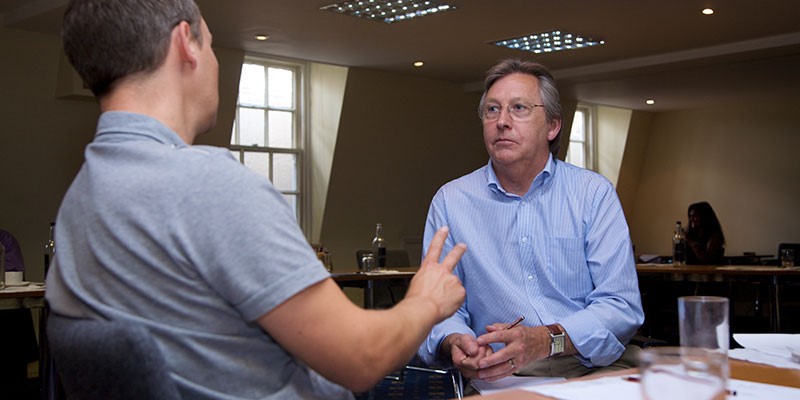 A customer stands in a queue of people waiting for her turn at the counter. In front of her there are four till points, two of which are attended. There’s only three people in front of her, but the two people working on the tills are chatting amiably with the people they are serving, and nothing seems to be moving along.

Our customer is in a hurry; trying to get everything done during her lunch break, so she’s a little impatient about the amount of time it’s taking to get to the front of the queue. In fact, the queue hasn’t moved since she joined it!

A supervisor walks across the shop floor, checking that everything is running smoothly. He picks up a small scrap of litter, and walks on.

The customer briefly thinks about asking him to open another till or to move thigs along at the front, where there are still two conversations going on that seem to have nothing to do with business, but are more about gossip and reality television shows.

She misses her chance as the supervisor wanders off.

With still no sign of movement in front of her, she gives up, puts down her shopping and leaves the store.

So of this cast of characters, who would benefit most from coaching?

The supervisor? He has clearly failed to spot the hold-up, or to recognise the signs of impatience from his customer.

The counter staff? They seem to be focussed on nothing beyond the matter directly in front of them; taking no notice of the growing queue.

The customer? Her impatience hasn’t done her any good, and she failed to draw the supervisor’s attention when she had a chance to do so.

The company that operates the store? They have clearly failed to implement good working practices, or to have trained their staff adequately. Or possibly their recruitment policy is flawed and they have taken on the wrong staff.

In a situation like this, many coaches would love to have the opportunity to decide who they will coach.

In reality, a coach is often taken on when there is a recognised issue to address, rather than as a preventive measure or a creative move to improve a company’s performance.

In the scenario above, the first two options are really matters of training; the third is something that is in the realms of life coaching rather than business, though it would benefit the woman to have some coaching to help her address a couple of issues.

The fourth however; the company, would benefit greatly from a policy of coaching, either as an intervention from an outside coach or even better from the implementation of a coaching culture.

In an organisation in which coaching is inherent in the structure of every aspect from recruitment to training to day-to-day operation the problem faced by our customer would probably never arise.