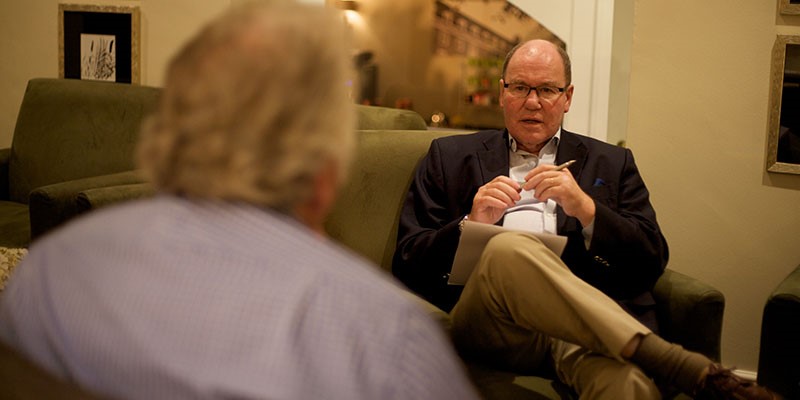 Asking questions is what coaching is all about. Every coach knows that it's not about telling, but about asking the questions that will help the coachee to find a path through whatever issues or problems they might be experiencing.

However, asking questions is only a fraction of the work of a coach worth the title. Another huge part is understanding what questions to ask, and for that understanding to come about a coach has to listen.

Pretty self-evident you might think, but if you are a coach, or if you undertake any coaching within an organisation ask yourself this: do you really listen, or when your client is speaking are you actually rehearsing what you want to ask next?

Time after time coaches may be seemingly attentive to what's being said however it's clear that they are actually engaged in working out where to go next with the conversation.  Their questions fail to flow from what's been said, and there are sometimes even questions to which the answer has already been given, but they've not noticed, concerned as they are to get their chosen query across.

Coaching isn't like an ordinary conversation; silence is ok, and the occasional pause - even a lengthy one - is preferable to an ill-judged or pointless question, which will only serve to undermine the coach's credibility with that coachee.

Listen with all your attention. Don't assume that you know what's going to be said next. Hear what is actually said; think about it and then formulate your next, and hopefully relevant question.

Remember: silence is golden, and pauses have power. Sometimes you'll be considering where to go next and your client will come across with more information, or will provide their own solution. If you rush in to speak whenever they pause you may well drive that solution out of their mind.