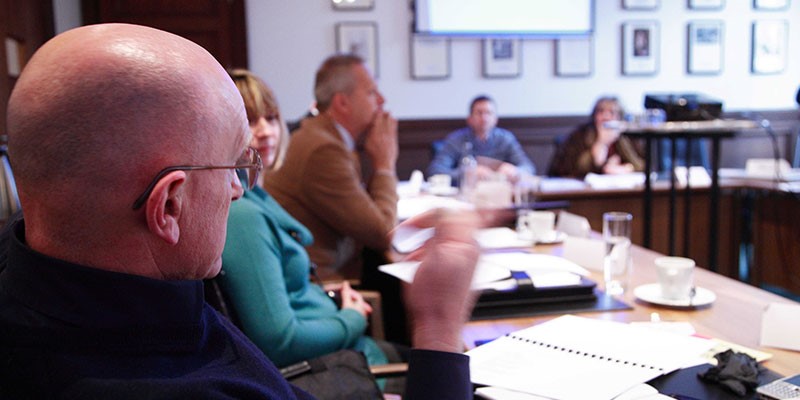 Picture the scene: the marketing guy has a plan, and he wants to tell his boss all about it. He’s excited, energised and buzzing!

His slot in the boss’s diary rolls around and he goes in with his carefully prepared and artfully crafted presentation.

His boss – sitting behind a large and cluttered desk – tells him to get on with it; there’s another meeting in the diary for later and it’s important.

The marketing guy launches in to his pitch.

The boss fiddles with a smartphone, and when the marketing guy (let’s call him Phil) stops mid-flow the boss waves a hand as though to hurry Phil on. “Go on…I’m listening” says the boss, still staring intently at the screen on the phone.

Phil picks up where he left off and runs through the rest of his pitch.

The boss looks up when Phil comes to a halt.

“Well…yes…but… “ says the boss “there’s going to be some costs involved isn’t there?”

“Yes” says Phil “As I said earlier, the budget will cover all these items, and the savings here will pay for the outgoings here”

“As I mentioned, there’s little or no extra man-hours involved in making this happen.”

And so it goes on. Phil has been doing his job and has come up with something of which he is proud and which he thinks will help the business, but here is a boss who has failed to value his own staff sufficiently to even give Phil a fair and focussed hearing.

Then, to add insult to injury, this boss uses perhaps the most demoralising conjunction of words in the English language: Yes…but…

It would have served everyone better in this scenario if the boss had just said “No”. No to a meeting, no to the proposal; even that would have been better, both for Phil and potentially for the business than the soul-destroying “Yes, but…”

Do you know someone whose default response to anything new is “Yes, but…”?

If so, then perhaps you should be thinking about how to change their behaviour or about how to make sure that person doesn’t have a chance to undermine you or others in your organisation.