The Salesman and the Inventor 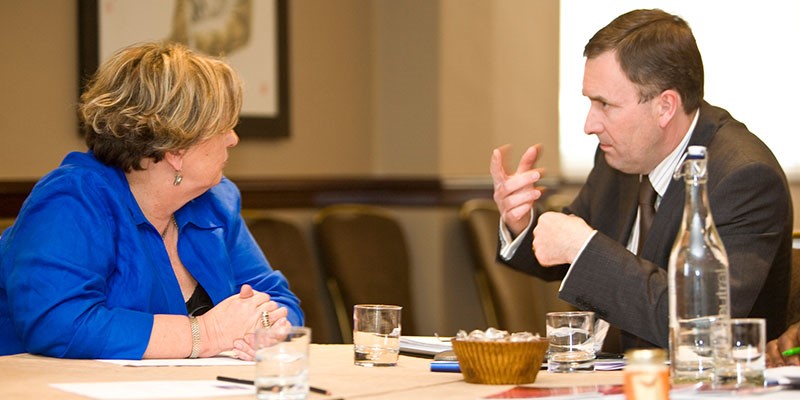 Not such a long time ago there was a salesman. He worked for a medium-sized company in a medium sized town, and he enjoyed a medium sort of a life.

One day, while he was out of the office, he stopped off at a café for lunch and as the place was very busy he found himself sharing a table with an older gentleman who looked up at him and nodded a greeting.

The salesman – being a salesman – started a conversation with the man, and quickly turned the conversation round to his company, and more particularly his fantastic and innovative new product, and was soon telling the elderly gentleman about all the features, benefits and advantages of this wonderful device. Every time the other man tried to interrupt, the salesman talked right over him, unwilling to let go of the conversation…or ‘deal’ as he thought of it.

Eventually, after his coffee had gone cold and his sandwich had grown warm, he ran out of steam and was at last silent. After a few seconds he leant towards to older man and said

“So…should I put your name down for one?”

“No thanks” said the other man “I invented it.”

How different it would be if the salesman worked for an organisation that embraced a coaching culture. Then he would have sat down in the café and perhaps he would have introduced himself to the person sharing his table. A conversation might have ensued, and in that eventuality, his first action would have been to lean across the table a little and ask: