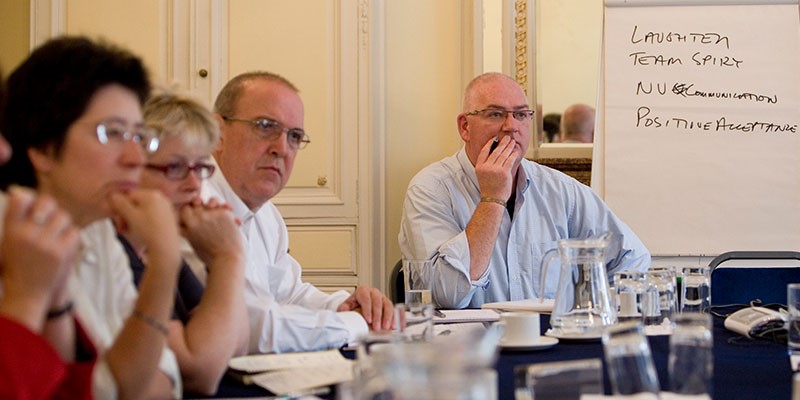 Whatever we are doing, wherever we are and whoever we might have to interact with, we all need to listen.

This is probably even more vital in business and in the workplace than anywhere else, but just how much listening is going on in the average office? And what is the quality of listening that’s being employed?

It seems to me that while there’s a lot of talking, and even a fair amount of asking going on, there’s a real problem with the quality of the listening that should be an intrinsic part of these conversations.

People are engaging in conversations, but rather than really listening to the answers to their questions, or to another person’s point of view, they prefer to rehearse what they want to say next; subvocalizing and practising their next opinion or question.

The result can be conversations and interactions that lack focus and clarity; that fail to reach conclusions or that actually act as barriers to progress rather than as a means to accelerate and improve whatever aspect of the business is under discussion.

Learning to listen isn’t something that most people would consider to be necessary; after all, we all know how to do it, don’t we? So why don’t we do a better job of it then?

A coach – whether it’s someone for whom coaching is their full-time occupation or someone for whom coaching is a part of their remit, perhaps within a company that values coaching as a culture – should be someone who values listening above all other interpersonal skills, and who can listen properly, without drifting into the internal rehearsal that exemplifies so many conversations.

The effective coach is someone for whom a few seconds of silence isn’t an uncomfortable gap but rather a valuable moment to reflect on what has been said and then to construct a response that is considered and appropriate, building on what has gone before.

Take that skill and move it into the arena of negotiation, discussion or exploration and you will quickly come to appreciate the power that listening – conscious, acute and effective listening – can have.