Finding the Hidden Truths in Coaching 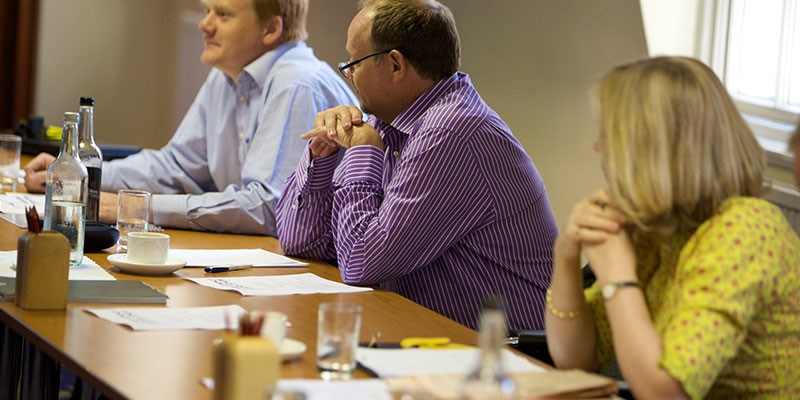 Few executive coaches can afford the luxury of choosing their clients; Unless they are getting so much interest they can choose their own clients then it is a case of take what comes.  And of course every coaching intervention is different, the coach must do their best in the situation, using all their training to do the very best for them that they can.

Many of coaches will have found themselves working with individuals within departments, or even entire organisations that seem to have no clear sense of their own purpose, apparently relying on some jargon-filled mission statement to define what they are all about.  Or even worse working on the basis of a justification that this is how work really is!

Sometimes this can result in the most interesting behaviour and mindset of an individual; the coachee.  Here’s a scenario –

Imagine working in an organisation that is, at least to an external eye, top heavy in management, and with a history of costly and disruptive restructuring.

Whilst working in this organisation you are told that your job title is changing, but that you are still a valued and important member of the team. In fact, you’re so important that you’re being given the lead role in a new initiative, with an expanded staff and a bigger budget. You sit with your superiors as they tell you what your new role and task comprises and you dutifully take notes.

Then you gather your new team of direct reports and brief them on the initiative, and their parts in it. They dutifully take notes and head out to brief their teams.

Then you sit at your desk and get on with all those important tasks that you’ve been given.

And you might find yourself wondering why you feel a little…or a lot…uncomfortable about this new initiative.

You make a mental note to talk to your coach about it.

If a coach was faced with this individual, they would doubtless spend much of their time asking questions about what issues the person faces; in what direction they see themselves going; what their goals might be etc. etc. And they would probably gain a good and positive result, with your coachee coming away from each session feeling that they have learned…gained…clarified things for themselves.

With a result like this, the coach would be perfectly justified in feeling that they had done a good job.

People in situations such as the one described above are often left with a lingering sense of confusion and doubt, even after great coaching, because they haven’t been given the insights they need to make real sense of their role, or of the tasks they have been given.

Of course, this isn’t the coach’s fault. The coach deals with what they can draw out from their client, and will try to uncover all the issues that might trip that client up, but how can the coach draw something out if the coachee isn’t aware that it’s a real issue?

Mining for greater disclosure from the client might…eventually…uncover the truth of the matter; that the coachee feels that their personal values are being undermined or ignored. They are being given resources, responsibilities, maybe promotion, but they aren’t aware of who or what will benefit from the work they are doing!

The values that drive that individual; the moral and ethical codes that underpin their life, aren’t being fed or even recognised, and so the nagging doubts, - even guilt - they feel will always leave them feeling less than completely satisfied no matter how good the coaching you give them might be.

A potential solution - from the coaching perspective at least - is to explore the issue from both ends. Trying to decode what the organisation actually wants to achieve by having the client undertake this work, while at the same time exploring with that client their own personal values - irrespective of their job or role - with a view to finding out if it is these deep-seated values that are being undermined by poor organisational communication, or poor leadership.

In order to achieve the latter, it might benefit coaches to explore their own values with the same honesty and integrity we ask of our clients.

Maybe it’s only by understanding what it is that drives us to do what we do that can we expect to understand fully what drives our clients, and by understanding, help them work in ways that allow them a clear conscience and a better sense of purpose.