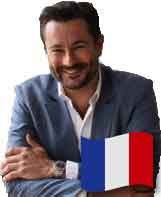 Over the past twelve years, Vincent has been managing his own business, focused on the coaching, the mentoring and the mental preparation of predominantly Europe based corporate executives, Government servants and competitive athletes.

His coaching assignments are mostly dealing with leadership and impact development, conflict facilitation, power and influence within organisations, team consolidation and motivational alignment.