A MAN WALKS INTO AN OFFICE… 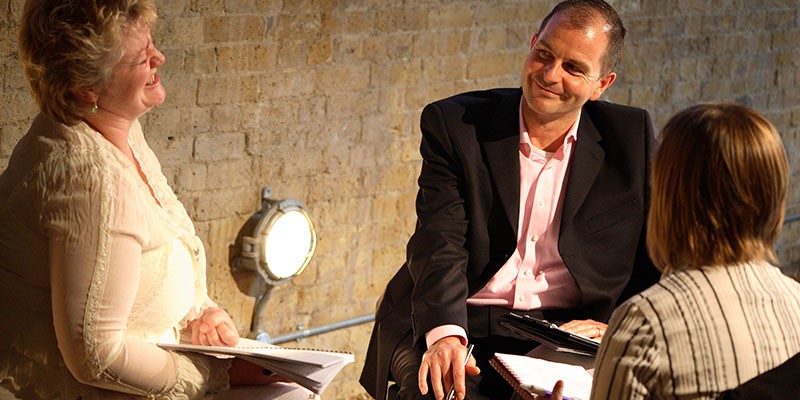 A man walks into his workplace. He swipes his ID and heads for the lift. When it arrives, he boards and presses the button for his floor. When the lift reaches the appropriate level he steps out, turns along the corridor and enters an open plan office. HE walks to his desk, sits down and fires up his computer ready for a day’s work.

What is wrong with this picture?

A man walks into his workplace, smiles and says ‘Hi’ to the receptionist, swipes his ID and heads for the lifts. When the car arrives, he ushers a couple of other workers in before him, steps in and asks who needs what floor. He pushes the relevant buttons and passes a comment or two about the weather, traffic, whatever with his companions. When the lift stops at his floor he gets out, smiling to a couple fo other people as he does, and walks along the corridor to an open plan office. He walks through the office sharing a greeting with one or two people. He stops at a desk and says something like ‘Do you want to have that coffee later? A quick chat? Let’s say 10.30. I’ll come and get you.’ He walks to his desk, fires up his computer ready for a day’s work.

Which scenario would you prefer to occupy?

Some people – maybe as many as a quarter of people reading this will prefer the first.

Which leaves something like 75% or more who would prefer to inhabit the second.

It might be that some of those who like the sound of the first are actually shy, and don’t like to interact too much with people they don’t know well.

Or they may just be quiet industrious types who think that hard work is about being focussed on the tasks at hand to the exclusion of all else.

Or they might just work in an organisation that frowns on social interaction and drives its people hard.

For the rest of us, the second illustration is a demonstration of someone living and working with a mindset that lends itself to a coaching culture, and very possibly within a coaching culture. A culture that encourages interaction, develops creativity, engages the whole person rather than just the ‘work’ module of the brain.

I think that, given the choice, quite a few of that 25% might jump ship and join the rest of us in a more pleasant and productive workplace.